The latest issue of Barron’s recommended the purchase of Pacific Gas and Electric (PCG). (See article here)  The stock has been pummeled since October as wildfires in the state put the company at risk for some liabilities from the blaze.  An additional drop came when the company decided to suspend dividends on its common and preferred stock.  Below is a stock chart showing how the California utilities have done over the last six months. 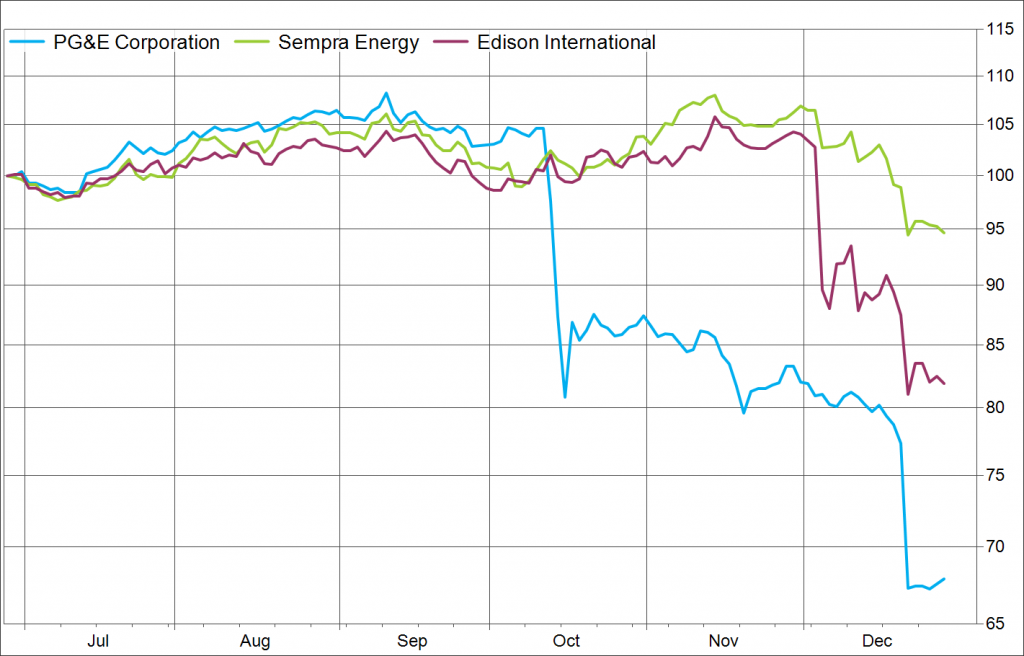 Edison International (EIX) has been hit hard as the Thomas wildfire has grown to become the largest wildfire in California history. (see article here)  But it is interesting to note that EIX actually increased its dividend a few days after the Thomas wildfire began.  At that point no one knew how large the Thomas fire would become, but while the number of acres has been immense, the number of buildings destroyed by the fire has been much less than the recent fires in PCG’s territory.  So it seems very possible that EIX’s potential liability from fire damage could be much lower.