Wind vs. Hydro in the US

Wind vs. Hydro in the US

On March 6 the EIA put out a release stating that wind had now passed hydro as the renewable resource with the most installed capacity in the US. (see release here)  The EIA divides the continental US into nine different regions, so I took a look at historical hydro and wind generation at a regional level.  It is interesting to see how these sources are distributed around the country.  The following charts compare the wind and hydro generation in each of the regions as a percentage  of total generation in that region.

The Pacific region (California, Oregon, and Washington) is the 3rd largest wind generating region in the country, with almost 29 TWh of electricity generated in 2016.  However, compared to the hydro generation in the region it is a tiny player.

In the Mountain region (Arizona, Colorado, Idaho, Montana, Nevada, New Mexico, Utah, and Wyoming) you can see that wind generation is starting to approach the levels of hydro.  The Mountain region generated 23.7 TWh of wind in 2016, which is not much less than the Pacific region, 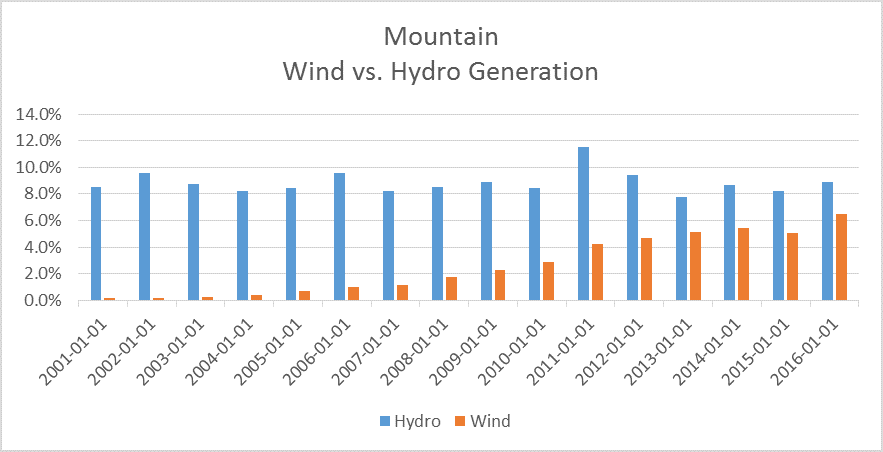 The regions where wind really seems to stand out the most are the West North Central (Iowa, Kansas, Minnesota, Missouri, Nebraska, North Dakota, and South Dakota) and the West South Central (Arkansas, Louisiana, Oklahoma, and Texas)  In the West North Central region the almost 61 TWh of wind generation in 2016 was  18.6% of the region’s generation, and was wind’s largest share in any region.  The West South Central region had 77 TWh of generation in 2016, which was the largest generation total of any region.  57.5 TWh of this generation was in Texas.  Since the Texas power market has limited interties to the rest of the country, the impact of this wind generation probably had limited impact on power prices in other regions.  In the West North region there is more interconnection, and you can see how this wind power could start impacting competitive markets in Illinois, where Exelon has threatened to shut down nuclear power plants without state support. 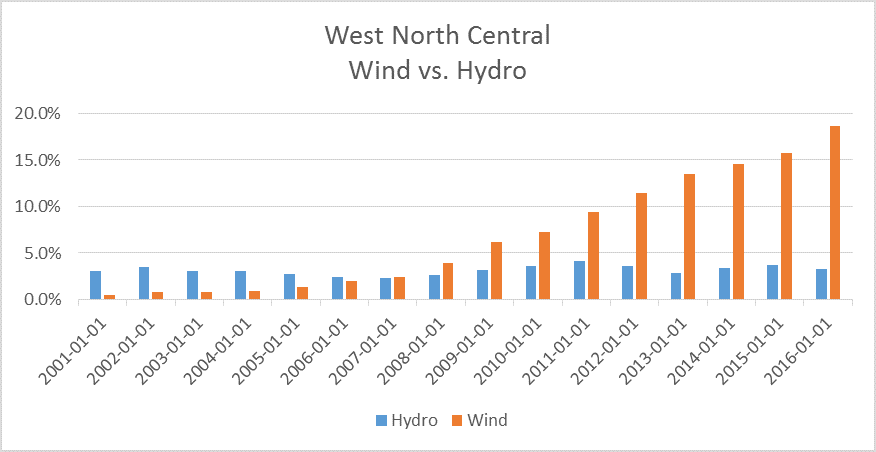 The Middle Atlantic region (New Jersey, New York, and Pennsylvania) and New England region (Connecticut, Maine, Massachusetts, New Hampshire, Rhode Island, and Vermont) have seen some increases in wind, but not the same extent as the regions further west. 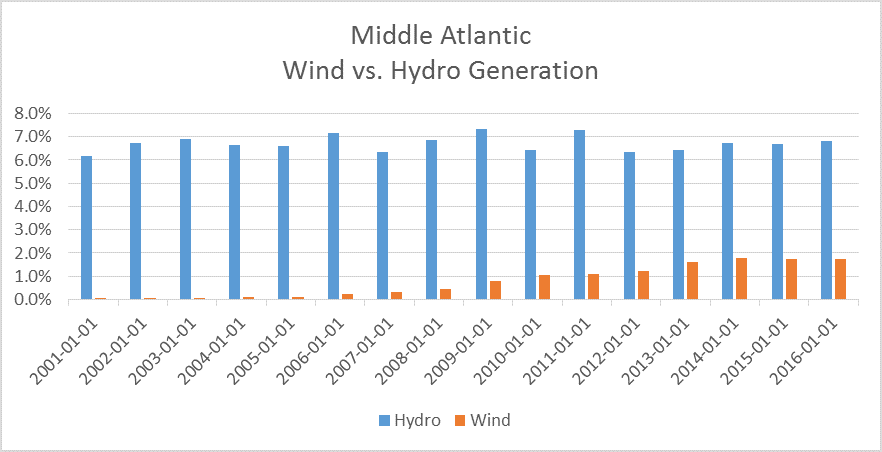 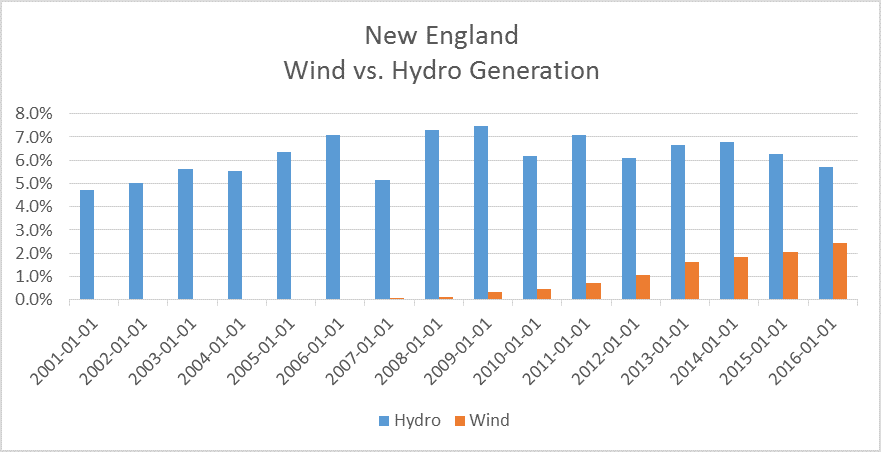 The East South Central region (Alabama, Kentucky, Mississippi, and Tennessee) has some significant hydro generation, but very limited wind has been built yet.

The South Atlantic region (Delaware, District of Columbia, Florida, Georgia, Maryland, North Carolina, South Carolina, Virginia, and West Virginia)  has the lowest amount of renewables.  Only 2 TWh of wind power was generated in 2016. 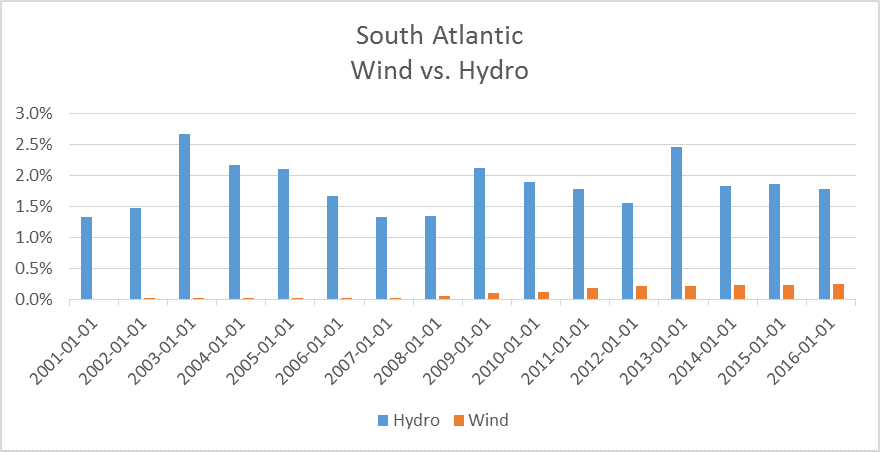 (Data for all charts from EIA)